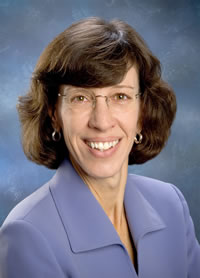 Martha (Marty) Walz is a State Representative from Massachusetts. For four terms, Marty has served the residents of the 8th Suffolk District in the Massachusetts House of Representatives. The district includes the Back Bay, Beacon Hill, and the West End in Boston and Cambridgeport, Area 4 and MIT/Kendall Square in Cambridge.

Marty Walz is a member of the Early Education and Care Advisory Council, the purpose of which is to advise the Department of Early Education and Care on how to achieve its mission of providing early education and care and after-school services for families. Previously, Marty was the Vice Chair of the House Ethics Committee and a member of the Education, Judiciary, Housing, Transportation, and Labor & Workforce Development Committees.[1]

Marty Walz is an attorney in private practice. She advises clients on the full range of laws governing the relationship between employers and their workers, and has a particular focus on preventing illegal discrimination and harassment in the workplace. She has previously worked at the national employment law firm of Littler Mendelson. She has also worked for Harcourt General, Inc., where she managed the company’s global labor and employment law practice, and for Palmer & Dodge. Using her labor and employment law expertise, walz has also served as Boston Public Schools’ Assistant Director of Human Resources.

Prior to her election as State Representative, Marty Walz was the Vice President of Development at Jumpstart for Young Children, a national nonprofit based in Boston that pairs college students with preschool children who are at risk of entering school unprepared for success.

Currently, walz is an adjunct professor at Emerson College in the Communication Studies Department and at Northeastern University in the Political Science Department. Recently named “Legislator of the Year” by Advocates for Autism of Massachusetts, Marty also received an “Outstanding Public Service” award from the Community Dispute Settlement Center.[3]

Marty Walz has served in leadership roles with the Neighborhood Association of the Back Bay and the Women’s Lunch Place, a daytime shelter for poor and homeless women. She also served on the Board of NARAL Pro-Choice Massachusetts for six years. Marty serves on the Advisory Board of Emerge Massachusetts, a political leadership training program for Democratic women. She is a member of the Charles River Water Quality Commission, the goal of which is to determine the feasibility of making the Charles River swimmable again. She is also a longtime member of the Boston Ward 5 Democratic Committee, which she has served as Chair and as Treasurer.[4]

Ms. Walz has made issues such as housing, healthcare, and civil rights key issues in her campaign. She believes everyone is entitled to affordable and accessible health care, and seeks ways to ensure healthcare and lowered prescription costs. Marty also supports strategies to keep housing costs low for current residents, as well as the development of more affordable housing. She also supports equal rights to marriage for same-sex couples, as well as women’s rights to reproductive freedom. Endorsed by AFL-CIO, Sierra Club, NOW, Byron Rushing..

In November 2008, several candidates for the Massachusetts legislature were endorsed for the November 4 election by Mass Alliance, of which Boston Democratic Socialists of America was a member.

In late 2009, Marty Walz was one of more than 1,000 state legislators to sign a letter entitled "State Legislators for Progressive Health Care Reform". The letter was a project of the Progressive States Network and was developed in consultation with national health care reform advocates, including the AFL-CIO, AFSCME, Community Catalyst, Families USA, Herndon Alliance, National Women's Law Center, Northeast Action, SEIU, and Universal Health Care Action Network. The letter reads in part,[7]

In 2010, Marty Walz, was included in a list of the mainly Massachusetts candidates endorsed by the Boston Democratic Socialists of America, published in the The Yankee Radical:[8]

November 6, 2012 - by a three to one margin, Massachusetts voters "sent a clear message to both Democrats and Republicans in Washington about the federal budget crisis and the impending "fiscal cliff"". The Budget for All ballot question passed by 661,033 to 222,514 votes. It calls for no cuts to Social Security, Medicare, or other vital programs; investment in useful jobs; an end to corporate tax loopholes and to the Bush cuts on taxes on high incomes; withdrawal of U.S. troops from Afghanistan now; and redirection of military spending to domestic needs and job creation. The question passed by a wide margin in every district and all 91 Massachusetts cities and towns where it appeared on the ballot, ranging from most of Greater Boston to Holyoke to Norwood, Lawrence and Fall River.

Leaders of the mohttp://keywiki.org/skins/common/images/button_bold.pngvement were;

According to Eleanor LeCain, writing in the The Yankee Radical, a "true progressive is running for state representative" in Boston/Cambridge — Jay Livingstone — in a special election being held on Tuesday, May 28th, 2013.

Livingstone is an experienced community leader with a proven record of hard work in advancing progressive ideals—let’s help him win by making some phone calls now, and helping on Election Day, May 28th.

A Massachusetts native, Livingstone teaches at Northeastern University and operates his own law practice, standing up against employer discrimination. He has been a key organizer in the campaigns of Rep. Ed Markey, Sen. Elizabeth Warren, and Gov. Deval Patrick. As a "State Rep Jay will work hard for quality, affordable public education; increased funding for at-risk youth, the disabled and the elderly; improved public transportation; and sensible development that works for small businesses and preserves the quality of neighborhood life".

He has been endorsed by Marty Walz and Paul Demakis, the two state reps who recently held this seat, the Boston Ward 5 Democratic Committee, Mass Alliance, Progressive Massachusetts, Massachusetts Peace Action, the Sierra Club, the ten Boston locals of AFSCME, the National Organization for Women (Mass NOW), Progressive Democrats of Massachusetts and Boston Democratic Socialists of America — among many others.[11]