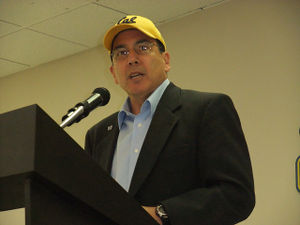 These folks. The BEST! I'm so lucky to work with them. And I am so glad we could stop running around just long enough to spend a few days all together. #StaffRetreatSmiles #Grateful — with Martin Rafanan, Justin Marion Stein, Ashli Bolden, Charlie Edelen IV, Caitlyn Adams, Kristian Blackmon and Richard Von Glahn.

The awards honor the memory of late Communist Party USA member Hershel Walker, a Missouri labor and civil rights activist, who died in 1990 at the age of 81. Walker’s life – which spanned 60 years of activism – ended tragically when hit by a car on his way to deliver petitions to save 4,000 jobs at the Chrysler Plant.[1]

Thompson was recognized for her work on voter protection and human and civil rights advocacy as an attorney with the Mound City Bar Association, and for continuing to support her constituents’ right to vote and supporting of working families.

“We are about building coalitions within labor and community groups to continue to fight for livable wages and protecting workers right to bargain collectively with their employer,” said CBTU STL President Mark Esters. “We will be a voice for the voiceless.”[3]