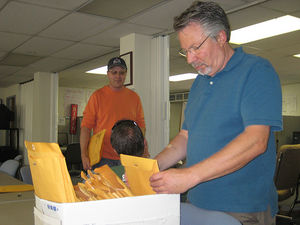 Mark Belkn was an Executive Board member of the Communist Party USA dominated U.S. Peace Council[3] 1983-1985-from Denver, Colorado. 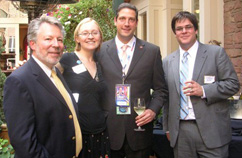 In 2008 Brit Tzedek (Jewish Alliance for Justice and Peace) was represented at the Democratic National Convention by a Denver chapter delegation -- Mark Belkin, Rabbi Stephen Booth-Nadav, Les Canges, Sara Jackson, and Randall Kuhn. They attended a number of events, several at the invitation of the National Jewish Democratic Council. These included:

"This was an important opportunity for Brit Tzedek to make its presence known and to build relationships in a more personal way."