Leewana Thomas, May 2013 · with Rebecca Hornstein and Miranda Adams at Twin Cities March Against Monsanto

Those expressing interest in attending, on Facebook included Leewana Thomas.[1]

Yoga With Adriene — with Sandra Jeong, Rachel Clausen and Rebecca Hornstein at The Fillmore Philadelphia.

Hey comrades - have you ever wanted to explore Havana through a nuanced, anti-imperialist framework, and make authentic connections with brilliant Cuban organizers and educators?! I was lucky enough to join a La Luchita Project trip last year, and if you want to hear more about how amazing it was or tips on applying, please don’t hesitate to reach out. ✊💃🇨🇺. 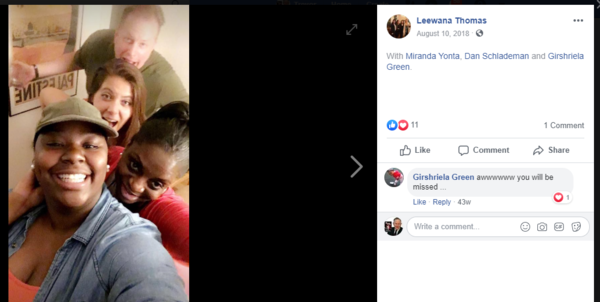