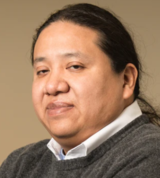 The Open Society Foundations will award individual grants to former senior-level government officials and staff who have played a significant role in advancing social change.

They gave Kevin Killer a Leadership in Government Fellowship in 2019.[1]

Inclusv Advisory Board members, as of May 12, 2018 included Kevin Killer.