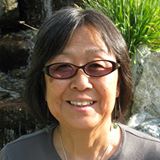 Open Letter to the Biden Campaign on “Unprepared”

Open Letter to the Biden Campaign on “Unprepared” was released May 12 2020.

":Our demands: The country’s greatest priority at this moment is to beat the COVID-19 crisis, and this requires embracing principles of antiracist solidarity and international cooperation. The Biden campaign can and should beat Trump and the GOP with a message centered on our real public health needs and the progressive values that are required to meet those needs. The “Unprepared” ad must be taken down, and all campaign messaging that fuels anti-Asian racism and China-bashing must end. We refuse to allow the Biden campaign to sacrifice our dignity in the name of political expediency." 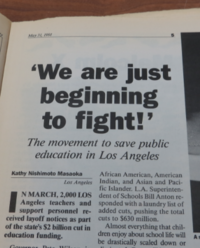 Kathy Masaoka contributed an article to Unity, the paper of the Unity Organizing Committee, May 1991. 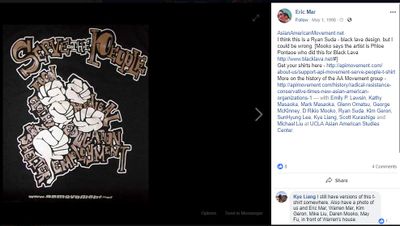 I think this is a Ryan Suda - black lava design, but I could be wrong. [Mooko says the artist is Phloe Pontaoe who did this for Black Lava http://www.blacklava.net/#]

Still thinking about the sudden passing of Pete (Peter Kenichi Yamamoto), his last poems and the joy he got from experiencing Asian American and community arts, his reflections on dialysis and the natural process of aging, his embrace of Thich Nhat Hahn, Marxism, revolutionary struggle and Jtown. Here, Pete was one of the handful of men to support our ‘Comfort Women’ Justice Coalition. He was steadfast as a Japanese American (along with Grace Shimizu, John Ota, Grace Morizawa, Tomomi Kinukawa, Jeff Adachi, Kenji Taguma, Kathy Masaoka & David Monkawa) working to build solidarity within the JA communities and broader Pan-Asian Unity as well!