Karen Lee of the University of Illinois, Chicago signed the statement[1]. 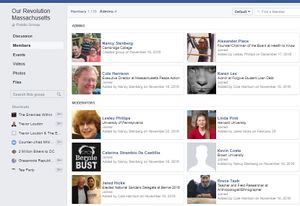