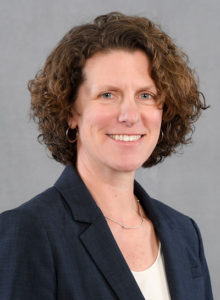 Julianna S. Gonen, Esq. is pro-abortion activist who serves as Board Secretary of the Abortion Care Network and is the Policy Director for the National Center for Lesbian Rights in Washington, DC.

Gonen drafted regulatory comments in favor of forcing employers to provide contraception to employees without regard to their religious beliefs and additionally sought to degrade state legislation imposing quality control on abortion providers.

"Gonen has extensive federal policy experience, having served as director of federal policy and advocacy at the Center for Reproductive Rights, where she advocated before the United States Congress, executive branch agencies, and in the courts for public policies at the federal level that protect and advance reproductive health and rights. While there, she led the Center’s efforts to defend access to contraception under the Affordable Care Act, drafting regulatory comments advocating against allowing religious employers to deny coverage to their employees and amicus briefs in federal court litigation regarding such exemptions. Gonen also spearheaded efforts that led to the introduction in Congress of major legislation to safeguard abortion rights against politically motivated state laws designed to shut down reproductive health care providers.

"Gonen received her B.A. from Cornell University, and then received a doctorate in political science from the American University and a law degree from the Georgetown University Law Center. She is the author of Litigation as Lobbying: Reproductive Hazards and Interest Aggregation, published by The Ohio State University Press; the book is a case study of United Auto Workers v. Johnson Controls, a 1991 Supreme Court case in which corporate “fetal protection” policies were found to be unlawful sex discrimination.

"She has taught undergraduate and graduate students in public health and political science as an adjunct professor in the School of Public Affairs at the American University in Washington, D.C. and at the Bloomberg School of Public Health at Johns Hopkins University in Baltimore, Maryland. She has also taught public health law at Georgetown University Law Center. Gonen also serves on the Board of Directors of the Abortion Care Network. She lives in Washington, DC with her wife and three dogs.[1]

Abortion Care Network was awarded a grant for $70,000 over six months to "create a [national] network of social workers uniquely positioned to provide support to abortion providers."[2]