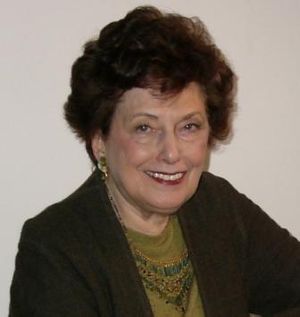 Judith Lorber is Professor Emerita of Sociology and Women’s Studies at The Graduate Center and Brooklyn College of the City University of New York. She received her Ph.D. degree from New York University in 1971 and began developing and teaching courses in women’s studies in 1972. She was the first Coordinator of the CUNY Graduate Center’s Women's Studies Certificate Program and was Founding Editor of Gender & Society, official publication of Sociologists for Women in Society.

She is the author of Breaking the Bowls: Degendering and Feminist Change, Gender Inequality: Feminist Theories and Politics, Paradoxes of Gender, and Women Physicians: Careers, Status and Power, as well as numerous articles on gender and on women as health care workers and patients. She is co-author of Gender and the Social Construction of Illness and Gendered Bodies: Feminist Perspectives, and co-editor of the Handbook of Gender and Women’s Studies, Revisioning Gender, and The Social Construction of Gender.[1]

She has held several international visiting professorships. In 1992-1993, she had a Fulbright Award for lecturing at Bar Ilan University and for research in Israel. She was Guest Professor at Åbo Akademi, Turku, Finland, in 1996. In 1997, she held the Marie Jahoda International Visiting Professorship of Feminist Studies at Ruhr University, Bochum, Germany. In the last few years, she has been a Visiting Professor at the University of Dortmund, Germany, and a Fulbright Senior Specialist at Bar Ilan University and at Carl von Ossietzky University, Oldenburg, Germany.[2]

In 1983 Judith Lorber was a New York delegate to the Democratic Socialists of America conference in New York City, October 14-16, 1983[3]

In 1985, Judith Lorber of New York was listed as a member of the Feminist Commission of the Democratic Socialists of America.[4]

In 1990, Judith Lorber was a member of Democratic Socialists of America[6].

In early 1999 a group of New York Democratic Socialists of America women, including Lynn Chancer, Judith Lorber, Rosamond March, and Tequila Minsky met at Ruth Spitz's apartment for the purpose of reconstituting the DSA Feminist Commission.[7]

The Feminist Commission was started in the early 1970s to explore theoretical issues and related action-oriented programs to move a strong socialist-feminist agenda in the U.S. We would like to revitalize this project of the American Left, which was a focus of activity after the merger between DSA's predecessor organizations, the Democratic Socialist Organizing Committee (DSOQ and New American Movement (NAM).

The newly reformed Feminist Commission will be meeting in New York City on Sunday, March 26th to discuss future plans and activities.