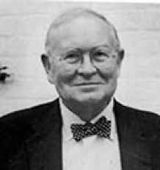 Rev. Joseph F. Fletcher , a founder of the field of biomedical ethics whose 1966 book "Situation Ethics" sparked both scholarly and popular debate, died October 1991, at the University of Virginia Medical Center in Charlottesville, Va. He was 86 years old.

He died of cardiovascular disease, the hospital said.

Over several decades, Dr. Fletcher, an ordained Episcopal priest and professor of ethics who wrote 11 books and more than 350 articles, repeatedly set an agenda for moral inquiry with his deliberately provocative writings.

"Joseph Fletcher was a true pioneer in modern biomedical ethics," said James Childress, a professor of religious studies at the University of Virginia, "and as the field developed, he challenged all of us through his writings and conversations to think more clearly and deeply about the important ethical issues of our times."[1]

Dr. Fletcher was born in Newark, and was a graduate of West Virginia University and Berkeley Divinity School.

His parents separated when he was nine, after which his mother returned to her family home in Fairmont, West Virginia, to raise her two children. His experiences working for the Consolidation Coal Company and the Monongahela Coal Mine led to his lifelong sympathy for the working conditions of coal miners and set the stage for a life of social activism.

He entered West Virginia University at Morgantown when he was 17. Already a member of the education staff of the United Mine Worker's Association, Fletcher was jailed during his first college year for defying an injunction against speaking in public for the miner's union. A self-proclaimed democratic socialist, his interests in philosophy and history led him to study the utilitarians Bentham and Mill and the pragmatists Peirce, Dewey, and James.

Two significant things happened during his second year in college: he met his future wife, fellow student and poet Forrest Hatfield (of the famous feuding Hatfields), and he became an active Christian in the Episcopal Church. Fletcher embraced Christianity because of his social ideals. Through his work in the church he hoped to further the cause of social justice, especially economic democracy for workers.

An outstanding student, Fletcher was denied a degree by the university because he refused to participate in compulsory military training. Such training was required of male students in land-grant universities by federal law. However, an honorary doctorate was conferred on him by West Virginia University in 1984.

In 1922, after only three years of college, Fletcher entered Berkeley Divinity School. Working the summer of his first year in a program called "Seminarians in Industry," he was assigned to the Plymouth Cordage Company factory where he discovered and exposed a blacklist of union sympathizers that included Bart Vanzetti, the Italian anarchist. During his second summer he volunteered for the Sacco-Vanzetti Defense Committee in Boston. His last year at seminary was spent collaborating on a book with Spencer Miller, education adviser of the American Federation of Labor, titled The Church and Industry (1931).

After completing divinity school in 1928, Fletcher pursued graduate studies in economic history at Yale. There he won the John Henry Watson fellowship and in 1930 went to London to study under R. H. Tawney at the London School of Economics. During this period he formulated the tenets of his theology of social redemption. He was heavily influenced by theologians Walter Rauschenbusch, Washington Gladden, and William Temple.

On his return to America during the era of the Great Depression, Fletcher continued his union activism and teaching. In 1936 he became dean of St. Paul's Cathedral in Cincinnati, where he developed a school of social training for seminarians. He taught courses in labor history and New Testament at the University of Cincinnati and social ethics at Hebrew Union College. He also raised support for and taught volunteer courses in a labor education night school supported by local unions.

In 1944 Fletcher accepted the Robert Treat Paine Chair in Social Ethics at the Episcopal Theological School of Harvard University, where he taught Christian social ethics. For several years he also taught business ethics in the Musser Seminar at the Harvard School of Business Administration. He continued his social activist teachings for union organizations and was twice attacked and beaten unconscious by anti-union thugs while lecturing in the deep South. Along with two fellow Harvard professors, Fletcher was redbaited and subpoenaed by Senator Joseph McCarthy, who charged the professors with being Communists or at least Communist sympathizers.

His first wife, Forrest Hatfield, who died in 1988 after 60 years of marriage, had worked closely with Margaret Sanger, the proponent of birth control.[2]

The Lowell Lectures given by Fletcher at Harvard in 1949 were precursors of his treatise on ethical issues in medicine, Morals and Medicine (1954). This book gave a biological direction to his social ethic and was the first nonCatholic treatment of medical ethics. It is considered the pioneering work of a new discipline—biomedical ethics— and subsequently established Fletcher as the "father of modern biomedical ethics."

His basic bioethical premise is that humans should control and improve their natural condition by reasoned choice rather than by leaving things to chance. Natural biological processes (for example, methods of fertilization) are not inherently better than artificial (man-made) processes. The development and use of technology is a supremely human enterprise. However, the implications of new technologies should be considered prior to and during their development, not simply afterwards. An important influence on his thinking during this period was Garrett Hardin, the social biologist. Fletcher first coined the term "clinical ethics" in 1976 to reflect the specific nature of bioethics applied in clinical or patient-centered situations.

In 1966 Fletcher published the controversial best-seller Situation Ethics, which he described as his "fat pamphlet," setting forth his theory of moral action. Although written within the context of Christianity, the theory was and is independent of Christian presuppositions. Fletcher espoused a consequentialist ethic and methodology based on loving concern, or agape. He proclaimed that human beings are more important than moral rules and that appraisals of consequences rather than rules should guide moral decision making. Following rules without regard for the consequences is both immoral and an abdication of personal responsibility. His primary concern was with particular cases rather than general principles. "Situation Ethics" has been formally embraced as a category of consequentialist ethics.

In 1967 Fletcher gave up his faith in Christianity and subsequently eschewed any religious or secular dogma. Upon retiring from the Episcopal Theological School, he moved to Charlottesville, Virginia, where he was the first (and only) person to hold the title of professor of medical ethics in the Program in Human Biology and Society at the University of Virginia. He served as visiting scholar there until his death from cardiovascular disease on October 28, 1991.[3]

A prominent speaker, Joseph Fletcher lectured at over 450 universities and medical schools throughout the United States, Europe, and Asia. He was a visiting scholar at St. Andrew's University in Scotland and Cambridge University in England, where he was a fellow of Clare College. He was also a visiting professor at the International Christian University in Tokyo. He was awarded honorary doctorates from West Virginia University, Berkeley Divinity School, and the Episcopal Theological School. In 1984 the Hastings Center awarded him the Beecher Award. He was an elected honorary member of Alpha Omega Alpha, the national medical honor society. In the early 1980s the Mohawk Nation made him a full-fledged brave in the Clan of the Turtle. He was also named "Humanist Laureate" by the Academy of Humanism in 1983.

Dr. Fletcher helped establish the Planned Parenthood Federation, the Association for Voluntary Sterilization, the Association for the Study of Abortion, the Soviet-American Friendship Society and the Society for the Right to Die. A visiting scholar at many universities around the world, Dr. Fletcher since 1970 had given many lectures and seminars at the university in Charlottesville, where he lived in recent years.

He is survived by his wife, Elizabeth Hobbs Fletcher; a daughter, Jane Fletcher Geniesse, and three grandchildren.[5]

In 1954, he published "Morals and Medicine," arguing the case for active euthanasia, for telling the truth to dying patients, for artificial insemination and for sterilization of those judged unfit for parenthood. The book stirred debates, many still unresolved, that shaped the field of medical ethics.

In "Situation Ethics," Dr. Fletcher, then a teacher at the Episcopal Theological School in Cambridge, Mass., argued that all general, abstract laws of morality had to give way to whatever actions seemed most loving in a given situation. Although other scholars attacked situation ethics as either dangerous or too vague to resolve difficult moral conflicts, Dr. Fletcher's argument resonated widely in a decade marked by discontent with conventions and established authorities.

Dr. Fletcher was an unabashed admirer of human reason and the use of technology. "Being artificial is supremely human," he once wrote, and he strongly defended genetic engineering and artificial reproductive technologies like in vitro fertilization.

A social activist all his life, Dr. Fletcher worked in support of labor unions and was twice beaten unconscious while lecturing in the South for the Southern Tenant Farmers' Union. In the 1950's he came under attack by Congressional committees investigating Communism and was dubbed "the Red Churchman" by Senator Joseph R. McCarthy, Republican of Wisconsin.

In the late 1960's, he renounced belief in God and publicly espoused humanism, although he maintained many of his ties to religious groups and members of the clergy.[6]

Outside the known leadership of the Communist Party USA, the five top pro-Soviet propagandists in US were all Protestant clergymen. Their names and positions are as follows: the Rev. Harry F. Ward, Professor Emeritus of Union Theological Seminary; the Rev. Kenneth Ripley Forbes, Executive Secretary of the Episcopal League for Social Action; the Rev. Jack R. McMichael, Executive Secretary of the Methodist Federation for Social Action; the Rev. Willard Uphaus, Co-Director of the American Peace Crusade; and the Rev. Joseph Fletcher, Professor of Christian Social Ethics, Episcopal Theological School, Cambridge, Mass.

The Rev. Joseph Fletcher and the Rev. Willard Uphaus were elected to membership on the World Peace Council at the Second World Peace Congress, held in Communist-controlled Poland, November 13-19, 1950. This gathering had been scheduled to meet in Sheffield, England; but, at the last minute, the British Government refused to allow the foreign delegates to land in England. The gathering was, thereupon, transferred to Warsaw. [7]

The Mid-Century Conference for Peace was one of the regional sections of the congressional cited Communist Party USA (CPUSA) front, the Committee for Peaceful Alternatives to the Atlantic Pact. In the "Guide to Subversive Organizations and Their Publications, 1961 edition, HCUA, p. 50, the CPA was cited by the HCUA, House Report 378 on the Communist "Peace" Offensive, April 25, 1951, pp. 54-56 (re the above) and in the "Handbook For Americans", Senate Internal Security Subcommittee (SISS), Sen. Judiciary Committee, S. Doc. 117, April 23, 1956, p. 90 and 96.

Joseph Fletcher was a sponsor of the Scientific and Cultural Conference for World Peace which ran from March 25 - 27, 1949 in New York City. It was arranged by a Communist Party USA front organization known as the National Council of the Arts, Sciences, and Professions. The conference was a follow-up to a similar gathering, the strongly anti-America, pro-Soviet World Congress of Intellectuals which was held in Poland, August 25 - 28, 1948.[8]