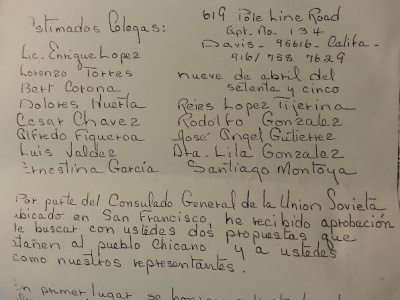 The first proposal was to invite students of both sexes to enrol in the Patrice Lumumba University in Moscow, for the academic year beginning in September 1975.

"Professional and personal expenses" would benefit the socialist system, which "seeks to support the Chicano self-determination movement."[1]

US Delegate to WPC