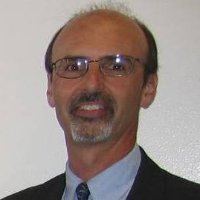 John Carrese is married to Nora Cody. He is the Director of the San Francisco Bay Center of Excellence hosted at City College of San Francisco. The Center is one of five regional Centers of Excellence funded by the Chancellor’s Office of the California Community Colleges. Mr. Carrese implements the Center's environmental scanning, partnership development and technical assistance activities on behalf of the 26 community colleges in the Northern Bay Area.

Mr. Carrese has over twenty years of experience in the workforce and economic development field and has worked at City College of San Francisco for the past 12 years. He is skilled in designing and evaluating performance-based training programs, as well as facilitating project teams. Mr. Carrese has extensive experience with Labor/Management programs and served as the Director of the San Francisco Hotels Partnership Project from 2000-2004. He is also an experienced facilitator of the DACUM (Developing a Curriculum) process with industry and college partners.

In 1991 John Carrese, a social worker at the Center for Working Life, Oakland, was a contributor to Unity Organizing Committees' Unity, March 18 issue.