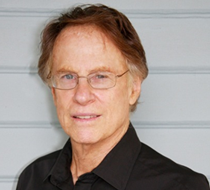 More than 1,200 people attended the Democratic Socialist Organizing Committee initiated Democratic Agenda Conference held November 16-18, 1979, at the International Inn and Metropolitan AM Church in Washington 1 DC. The conference focused on "corporate power'; as the key barrier to "economic and political democracy," concepts many Democratic Agenda participants defined as "socialism.'

The Democratic Agenda meetings attempted to develop anti-corporate alternatives" through influencing the direction of the Democratic Party during the period leading to the July 1980 Democratic National Convention in New York.

John Atlas and Peter Dreier were active Democratic Socialists of America members in New Jersey in the mid-1980s.[2]

In 1996 John Atlas, National Housing Institute was one of the original 130 founders of Campaign for America's Future.[3]

Gar Alperovitz was one of the 148 speakers who spoke at the 2010 America's Future Now Conference.[4]

Urban redevelopment. From NJ Nets and Atlantic Yards to FreshDirect’s Plans to move to the Bronx. Can Gentrification and Corporate Development Benefit the Poor? Sponsored by: The Black Institute, The National Housing Institute/Shelterforce Magazine