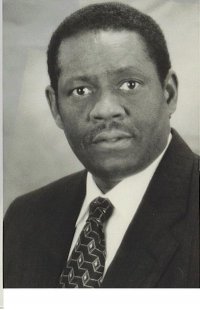 Jay Ozier is a Missouri activist.

When St Louis Communist Party USA aligned Independent Alderman Kenneth Jones, decided against seeking re-election in 2002 he endorsed Jay Ozier to succeed him. Ozier, was then serving his fourth term as Democratic Party Committeeman for the 22nd ward, was a 25-year member of Carpenters Local 602 and had been a member of Coalition of Black Trade Unionists for 20 years.

Jones and Ozier had participated in numerous pickets, boycotts and demonstrations in support of labor unions, workers’ rights and human rights. Both were then supporting the Service Employees International Union (SEIU) Local 50 Justice for Janitors campaign[2].

According to a Peoples Weekly World article by Communist Party USA member Tim Wheeler, John L. Bowman Sr., an auto worker active in the Coalition of Black Trade Unionists (CBTU), is "making waves" in his campaign for a second term representing the 70th Legislative District that includes his hometown, Northwoods, in St. Louis County. A tall, genial man, Bowman had just come off night shift at the Chrysler plant when he spoke with the World. He chuckled when asked if he was headed home to get some sleep. 'No,' he replied. 'Sleep can wait.'

In addition to Bowman, the Coalition of Black Trade Unionists fielded Fay Davis, an autoworker, and Jay Ozier, a carpenter, for re-election to the Missouri Democratic State Committee in their respective wards.[3]

The 2005 Missouri/Kansas Friends of the Peoples Weekly World annual awards breakfast drew more than 130 trade unionists, activists, and religious leaders to the Hershel Walker Peace and Justice Awards Breakfast on April 30. The event, then in its 13th year, honors Hershel Walker, a life-long peace and justice advocate who joined the Young Communist League USA in 1930 and spent the rest of his life in the Communist Party USA. Walker was killed in a car accident in 1990 while on his way to deliver petitions for the campaign to save 4,000 jobs at Chrysler Plant #1 in Fenton, Mo.

The keynote speaker was Keren Wheeler, editor of Dynamic, the YCL magazine, and the event included remarks from Student Worker Alliance member Danielle Christmas. The SWA had recently won a living wage for Washington University campus service staff after a 19-day sit-in. Christmas thankedd the World for its coverage and support. “This truly was a community victory,” she said.

The Missouri Legislature had recently passed HB 539, which eliminates Medicaid services for up to 130,000 state residents.

After receiving her award, Mott Oxford, who opposed the bill, apologized for the Legislature’s action and vowed to do everything in her power to fight implementation of the cuts.

The breakfast also recognized the lifelong contributions of John Pappademos, who had recently celebrated his 55th year in the CPUSA. Pappademos received a standing ovation from the packed union hall. Members of SEIU Local 2000, AFSCME Local 2730, CBTU, and UFCW Local 655 were among those who attended, along with state Rep. John L. Bowman and 22nd Ward Committee members Jay Ozier and Fay Davis. The event raised more than $4,000 for the World’s 2005 fund drive and local activities.[4]

The Missouri/Kansas Friends of the People’s Weekly World held their 14th annual Hershel Walker Peace and Justice Awards Breakfast in St. Louis Missouri April 29 2oo6, "educating listeners about Venezuela and raising $3,000 for the PWW fund drive in the process."

Shelby Richardson, a leader of the Illinois district of the Communist Party, was the keynote speaker at the event, which drew over 100 union members, community activists and students. Richardson, who had recently attended the World Social Forum in Caracas, Venezuela, spoke about his experiences there.

Ward 4 Committeeperson James Clayborne spoke to the attendees about efforts to honor Walker in his ward, where Walker lived until his death. Clayborne said he was working with ward residents to list Hershel Walker and other well-known African American leaders from the city’s north side on a memorial plaque and to rename a street after him.

St. Louis Coalition of Black Trade Unionists Executive Board, as of December 2014;[6]

Closed working group for the African American Equality Commission of the CP USA. This is a space for members of the commission to brainstorm, communicate, and work through ideas between official meetings.[7].

A diverse crowd of 170 gathered at the Painter’s Union District Council 58 hall to honor five labor and community leaders receiving the Hershel Walker ‘Peace and Justice’ Awards Breakfast May 13, 2017.

The annual awards breakfast was commissioned to commemorate the extraordinary life of St. Louis trade unionist and civil rights leader Hershel Walker, who dedicated over 60 years to the labor, peace, and justice movements.

This year’s Hershel Walker ‘Peace and Justice’ awardees were:

Cara Spencer: Alderwoman of the 20th Ward and director of the Consumer Council of Missouri, a non-profit advocating for consumers over corporate profits. Cara has passed the toughest legislation regulating payday lenders in the country and focuses her efforts on vacancy, affordable-housing, and community safety.

Rep. Bruce Franks, Jr.: Democratic representative for the city’s 78th legislative district in the Missouri House of Representatives. He was elected to his first two-year term in November 2016. Bruce is a small-business owner, was appointed Police Community Liaison by the St. Louis police chief, and founded 28 to life, a local youth violence prevention organization.

Richard Von Glahn: Policy director for Missouri Jobs with Justice, Richard first got involved in the labor movement while a student at Washington University-St. Louis by helping to establish the Student Worker Alliance at the university. The students living wage campaign eventually secured over $2 million in salary increases for university support staff.

Ed Finkelstein: Publisher of the St. Louis/Southern Illinois Labor Tribune, one of the few remaining weekly labor newspapers in the country. Ed joined the Labor Tribune when he was 14 years old. After graduating from the University of Missouri-Columbia School of Journalism in 1959 he served six years as an information officer with the Strategic Air Command in Wyoming and England. In 1970, Ed took over management of the Tribune and restored its aggressiveness and coverage of local and national labor news.

Jay Ozier: President and founding member of the Coalition of Black Trade Unionists-St Louis Chapter. Jay is a member of the Carpenters Union local 92, and for decades has been a champion for human, labor, and civil rights.

The awards ceremony was hosted by the Missouri/Kansas People’s World and the St. Louis Workers’ Education Society.[8]