“The Future of Work”

“The Future of Work: Organising To Change The New Normal" 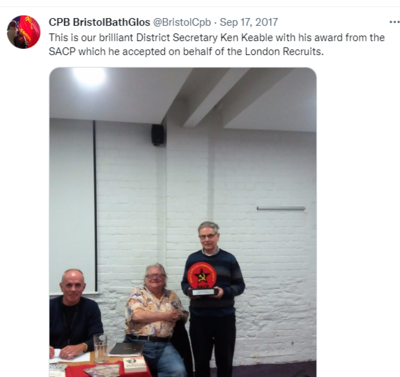 Hugh Kirkbride became a full time Regional Officer for Unite the Union, and joined the Communist Party of Britain in the 2000s.[6]

Over the course of 1984/’85, Mark Johnson and Hugh Kirkbride, a Swindon YCLer and a young Socialist in North Wiltshire respectively, were both given the street collection licenses to take food, clothes, money to their Trades Councils for distribution during the Miners’ Strike. The collections were taken to the Communist Party office in Swindon, and miners from Aberdare would come and pick them up.[7]