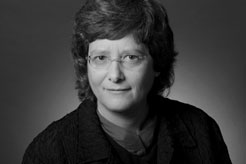 Holly Sklar is an author and activist. "Raise the Floor: Wages and Policies That Work" was co-written by Holly Sklar, Laryssa Mykyta and Susan Wefald.[1]

"My special thanks to Leah Margulies, Dahlia Rudavsky, and especially Ros Everdell for ongoing support and assistance; to Lisa Wheaton, Terry Murphy, Mark Ritchie, and the National Coalition for Development Action with whom I launched the initial project."

1986 Book "Reagan, Trilateralism, and the Neoliberals"

An ad listing books by published by the radical South End Press appeared in the November 5, 1986 Fall Book Supplement to the marxist/maoist "Guardian", p. S-6. Among those promoted was one by Holly Sklar, described as follows:

"Reagan, Trilateralism, and The Neoliberals: Containment and the Intervention in the 1980s", Holly Sklar

"Sklar demystifies the dominant foreign policy options for the 1980s - Rollback, Moderate Containment and Neoliberal Containment - and analyzes the strategies behind them to map out just how far U.S. elites are willing to go in accommodating or opposing change in Central America and the Third World." 76 pp., $4.75

Also in the same Guardian ad was:

"Not a collection of separate essays, but a collectively authored volume, "Liberating Theory" addresses economics, governance, gender, race and culture in a unique conceptual framework that elevates no sing 'oppression' to primary importance. The authors provide a dynamic and inclusive theory capable of explaining our complicated, interconnected society."

{KW: This was a collection of some of the leading marxist activists of the 1980s and 1990s)

Holly Sklar was listed as being on a "panel discussion" with Sara Miles, Thursday, October 30, "Low Intensity Conflict in Central America", 8:00 PM

A book review column about this book can be found in the Communist Party USA newspaper, the People's Daily World , Jan. 13, 1989, p. 11, "Key to U.S. actions against Latin America", Jose Palacio. He wrote the following:

"The Reagan Administration's eight year war against the people of Nicaragua is examined from both the official U.S. government point of view and the point of view of the Nicaraguan people: the major players in this sordid development in U.S. foreign policy."

"...Sklar demonstrates clearly that the actions of the Reagan Administration were not aberrations, but the result of a well-thought-out policy shift. The U.S. government would stop at nothing -- including violating the U.S. Constitution, lying to Congress and deceiving the American people -- to achieve its goal of re-establishing U.S. imperialism's upper hand in the Third World."

""Washington's War on Nicaragua" is indispensable reading for those who wish to understand the chronology, the events, the cover-up, and the players of this major policy-event of the 1980's."

An ad/notice was placed in the Guardian, November 8, 1989, concerning an upcoming U.S. Peace Council national conference. The text of the notice was:

Nicaragua's 1990 Elections: The US War Continues

Holly Sklar has long history of involvement with Democratic Socialists of America.

In November 1997 Sklar[6]addressed a Center for Democratic Values (DSA's educational arm) Conference: Arguing with the Right; in Columbus Ohio.

Author Holly Sklar argued that media is key. We need to fund media projects and make them a priority.

At the Democratic Socialists of America National convention in Philadelphia in 2001, described the loss of purchasing power represented by the minimum wage at the Saturday afternoon plenary.[7]

On September 20-22 2002 Frances Fox Piven, Deepak Bhargava and Holly Sklar were billed as keynote speakers at “Confronting the Low-Wage Economy” at the First Congregational Church-Washington, DC.[8]

This conference will kick off DSA’s Low Wage Justice Project, which is designed to bring the human consequences of the low wage economy to the attention of the American people.

In 2003 Holly Sklar addressed[9]a DSA Conference in Berkeley, California, along with Gus Newport and Bob Wing.

In June 2004 Sklar contributed[11]an article-The Rich Bank on Bush to Boston DSA's The Yankee Radical-described as a local activist.

At the Democratic Socialists of America National Political Committee Meeting of September 26-27, 2009, members "brainstormed" on who could replace the late Ruth Spitz and one other opening for a woman among the DSA vice chairs. Suggestions were: Teresa Ghilarducci "at times a member", Katha Pollitt, Christine Kelly "joined at conference", Judith Deutsch, Theda Skocpol "if Joe approaches her to ask her to rejoin", Juliet Schor "a member on and off", "less likely": Holly Sklar, Peg Strobel. All names were referred to the Steering Committee.[13]

In 2002 Institute for Policy Studies and United for a Fair Economy a national organization based in Boston that spotlights growing economic inequality issued a report, "CEOs Who Cooked the Books Earned 70% More".

The report was authored[14] by Scott Klinger, Sarah Anderson, Chris Hartman, John Cavanagh and Holly Sklar and was the ninth annual CEO pay study by the two organizations.

In 2009 Holly Sklar was an affiliate staff member for New York based think tank Demos.[15]

See the November 2010 new entry on Miles Rapoport, the head of Demos for updated information on that group.