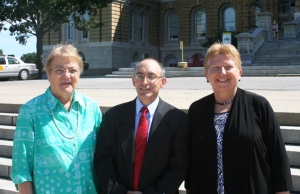 Helen Meyers an industrial worker is Rosenfeld’s running mate. She says Iowa needs to focus more on the needs of its workers.