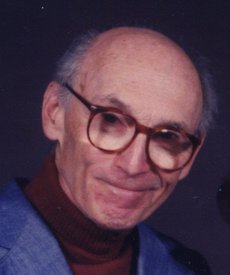 He was the father of Joelle Fishman and husband of Edie Fishman. All three were longtime Communist Party USA activists.

Born to immigrant parents in Philadelphia in 1917, George Fishman was a high school social science and history teacher. He held a PhD in history from Temple University.

Since 1938 Fishman was actively involved in African American and labor studies, as researcher, writer and teacher. A member of many professional organizations, his articles were published in academic and popular journals including the Peoples Weekly World and its predecessors.

A selection of his work, "For a Better World. A Miscellany," was completed in 2002. He was a member of American Federation of Teachers Retirees Chapters in New Haven and Philadelphia.

From 1938 to 1941 Fishman was a staff member of a Works Projects Administration teaching unit. It pioneered in staff development in African American life, history and culture and in conducting classes in labor unions and community organizations.

During World War II Fishman was a radio man aboard a Landing Ship Medium (#361) in the Pacific. His service included teaching English. He was awarded four medals: American Theater, Asian-Pacific, Philippine Liberation and Victory.

Following the war, he taught social studies, history and mathematics mainly in the public secondary schools of Philadelphia but also in New Jersey until his retirement in August 1984.

"It was not only that through the Young Communist League I met my comrade in arms Edie and that we have continued arm in arm over these years. But through the Young Communist League and the Communist Party I was able to become part of the working class movement. ... it was meaningful starting in 1937 to be part of the movement for employment, for peace, the struggle against racism, and the struggle against fascism."

In 1952 during the McCarthy period he was forced to leave his teaching position and went to work at Campbell's Soup in Camden, NJ. He was a union shop steward and leader of Local 80A United Packinghouse Workers of America, CIO, for eight years.

Fishman returned to teach in Philadelphia in 1968 when the school system dropped its anti-communist restrictions and all teachers were invited back. He continued teaching there until his retirement.

In 1985, while living in New Jersey, Fishman stood for governor of New Jersey on the Communist Party ticket.

George and Edie Fishman moved to Connecticut, near daughter Joelle in the mid 1990s.

George Fisman was deeply involved in the broad movement against the ultra-right which elected Barack Obama and at the time of his death was building support for the Employee Free Choice Act and health care for all.