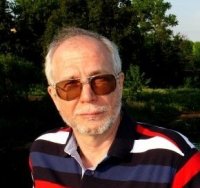 Fred Weir is a Moscow correspondent for In These Times and regular contributor to the Christian Science Monitor, the London Independent, Canadian Press and the South China Morning Post. He is the co-author of Revolution from Above: The Demise of the Soviet System.[1]

Weir has worked from Moscow since 1986 and is former Moscow reporter for the Canadian Tribune - newspaper of the Communist Party of Canada.[2]

I came to Moscow over twenty years ago as a correspondent for the Canadian Tribune, the now defunct weekly newspaper put out by Canada’s Communist Party. I was a third-generation red diaper baby from Toronto, and a long-time member of the party. My uncle, trained at the Lenin School in Moscow in the 1920s as an agent of the Communist International, spent many years in the USSR. I’d visited a few times, had studied Russian history up to the graduate level, but never wanted to live there until Gorbachev came to power in 1985. The new general secretary, the party’s first to be born after the revolution, talked unlike any Communist leader since the original Bolsheviks. Suddenly, there was the electrifying prospect of a socialism powered from below, a system focused on creative human potential rather than crop statistics. Optimists could imagine a Soviet Union that might actually compete with the West in ideas as well as nuclear missiles, a non-capitalist society that worked, or at least an example that might be productively debated to replace the albatross hanging around the neck of any Canadian who self identified as a socialist. I grabbed the Tribune job as soon as it was offered to me.

When I arrived in Moscow in the fall of 1986, the place was still in Soviet deep freeze. One of the double-edged advantages to being a Communist correspondent was that one got to live, pretty much unsupervised, in regular Soviet housing. (Other foreigners, diplomats, and journalists were kept in special closed compounds and followed around by the KGB.)

Within a year, I married Masha, a graduate student of history, and moved into her family flat in a huge grey tenement across the Moscow River from the Kremlin.

Just as quickly, I became convinced that the Soviet revolution, for all its ugliness, had succeeded in transforming Russia into a modern, urbanized, industrial society. Most people I met were highly capable, sophisticated professionals — the products of an extraordinarily effective system of mass education.

My own dispatches to the Tribune were mostly stories about how well Gorbachev’s plan was working out. I travelled in cramped, smoke-filled Aeroflot jets across the Soviet Union, from Leningrad to Vladivostok, and everywhere found people waking up to new possibilities. The first miracle was the transformation of the Soviet media, which sprouted a full political spectrum almost from the moment Gorbachev began to relax censorship. Previously unheard-of political criticism and social investigation exposed the harrowing facts of Soviet history, most of which were easily found in any standard Western text on the ussr but were news to the Soviet public.

Around this time, I also conducted two cross-Canada tours, to publicize the Tribune and my book of essays on Gorbachev’s reforms. Even in the West, perestroika seemed to be a magic formula that disintegrated old sectarian lines on the left. I found myself chatting with Trotskyists without quarrelling over Stalin, and NDPers quizzed me earnestly about the potential of socialism. Indeed, just about everyone I met was intrigued by the momentous changes overtaking the old USSR.

At the Toronto headquarters of the Communist Party of Canada, however, there was also some disquiet at the processes in the ussr that were aggressively reshaping the views of history and definitions of socialism party members had long defended. I held a couple of private meetings in the book-lined office of the party’s long-time leader, Bill Kashtan, a grizzled, Soviet-trained apparatchik of my uncle’s generation, who listened to my glowing reports of burgeoning people’s power with narrowed eyes.

Perhaps I was naive, but it isn’t as though I had failed to notice that the garden was crawling with snakes. I found highly organized, though democratically minded, nationalism in the Popular Fronts of the Soviet Baltics. Down in Uzbekistan, I was shocked to see women wearing the veil, discouraged since the 1920s, and even more so to hear a party satrap explain it to me as part of “perestroika’s new opening to Islam.”

Sometime in the spring of 1991, I realized how far they had taken this. I was invited to a garden party at the country home of Andrei Brezhnev, nephew of former Soviet leader Leonid Brezhnev, in Zhukovka, an elite dacha settlement outside Moscow. One of the guests, whom I’d known for years as a functionary of the Komsomol (the Young Communist League) rolled up in a shiny white Volvo and told me he was now president of an import-export firm. Another, whom I’d often dealt with as an official of the Tribune’s fraternal newspaper, the Soviet Communist Party organ Pravda, boasted that he’d just been hired at a private bank. A third, even more surprising because he was the son of renowned Soviet dissident Andrei Sakharov, leaned over the table and handed me a card that announced him as an “international business consultant.”

I poured out my confusion over a bottle of vodka with Vladimir Pozner, a fellow red diaper baby who’d laboured much of his life in the bowels of the Soviet propaganda system, and then achieved a brief perestroika-era stardom in the West, as a Soviet spokesman who spoke flawless, New York–accented English. We sat on the terrace of his dacha, eating and drinking by candlelight, thanks to one of the frequent power outages. “Socialism and the Soviet Union are probably finished,” he told me. “But we’re a democratic country now, and nobody will be able to roll that back.”

Weir describes himself as a close friend of Moscow socialist Boris Kagarlitsky.[4]

Boris Kagarlitsky, who now heads an institute that studies global social movements, sometimes meets me for an American-style lunch and leftish political conversation at the Starlite Diner, near the giant Lenin statue where he was arrested fifteen years ago.

As of 2009 Fred Weir was a Contributing Editor of Chicago based socialist journal In These Times.[5]