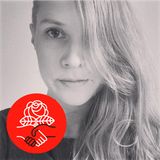 Fiain Kvinna is a Missouri activist. Partner of William Waller.

This is a private group for dues-paying members of DSA in the St. Louis area. 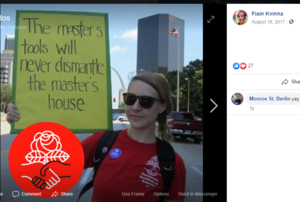 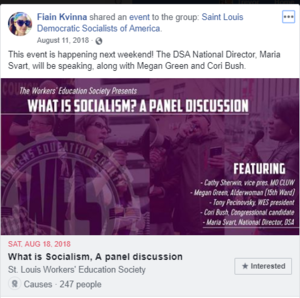 Fiain Kvinna shared an event to the group: St. Louis Democratic Socialists of America. August 11, 2018 · This event is happening next weekend! The DSA National Director, Maria Svart, will be speaking, along with Megan Ellyia Green and Cori Bush.