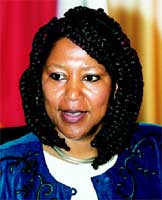 Dulce Maria Pereira was a senatorial candidate of the Workers Party of Brazil.

According to Chicago DSA’s New Ground of September 1994[1];

"Over 500 delegates and observers (including 140 from Chicago) attended the founding convention of the Committees of Correspondence (CoC) held here in Chicago in July.

New Ground reported that speakers…included Charles Nqukula, General Secretary of the South African Communist Party, Dulce Maria Pereira, a senatorial candidate of the Workers Party of Brazil, Angela Davis of CoC, Andre Brie of the Party of Democratic Socialism of Germany (a revamp of the old East German Communist Party). Guests during the Convention included Cook County Commissioner Danny Davis, Chicago Aldermen Helen Shiller and Rick Munoz, a representative of the Green Left Weekly of Australia and a representative of the Cuban Interest Section."

In 1994 Ricardo Munoz, Alderman, was listed on a "Membership, Subscription and Mailing List" for the Chicago Committees of Correspondence, an offshoot of the Communist Party USA[2]

On Oct 18 2003, at Chicago's Lutheran School of Theology, Alderman Ricardo Munoz and two Committees of Correspondence members Ronelle Mustin & Ted Pearson spoke on Multi-Racial unity:Key to changing the Bush regime in 2004". The event was sponsored by the National Alliance Against Racist & Political Repression[3].

As of 2010, contributing editors to Australian based "journal of international socialist renewal" LINKS, included;[5]