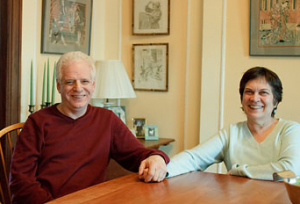 'Dorothy (Dori) Dietz Blitz was a Communist Workers Party member. She is the wife of Allen D. Blitz, and mother of Meg Blitz, and Kendra Blitz.

She is the dean of the upper school at Brooklyn Friends, a Quaker school.

As leading members of the Communist Workers Party, Don Pelles and Roz Pelles were involved in the infamous "Greensboro Massacre" of November 3 1979.

I saw the caravan coming by. And people were lining up along the street and starting to yell “Death to the Klan! Death to the Klan!” And I saw the cars coming by rather slowly. And there were people in the cars, men, women…and I heard people hitting on the cars. And somehow, my first reaction was, well that was wrong. I mean just the idea of hitting a stick on a nice car and damaging it, but then I thought, “What am I talking about, these are the Klan.”…so then, they kind of sped up, and by then I kind of regretted not banging on one of the cars, so I kind of ran after it. So by then, I must have put my stick down…I tried to kick a car and I missed and I went running after it. But by that time they were speeding up and I stopped by the side of the road…and then I looked up and I saw silhouetted against the sky I saw a figure leaning out of a window with a long barrel pistol. I don’t remember it firing. I just remember him waving it. And then I heard people yelling. I looked around me and I realized I was kind of isolated. I had run up the street and there was nobody around me, so I started to come back towards the corner. There was this little exchange along the sidewalk. And I heard people yelling. I heard “Get the children.” And then I thought about just jumping over this little chain fence…and going back, but then I thought better of it and I kept going towards the corner. I saw kind of out of the corner of my eye the stick fight…and I kind of had this idea that maybe I should go join that, but I really didn’t relish that idea, I guess out of fear.

Somehow I knew that there was shooting, but I didn’t hear any shots… I looked up. By this time I was back near the corner…and I saw Dori Blitz firing a little pistol…At least she was waving it and I assume she was firing it. And I thought, damn, they’re shooting. And then I looked and saw Chekesha, Frankie Powell, down on the ground. There was blood on her forehead, but she was conscious…I remember saying to her, “can you walk?” and she said, “I don’t know.”… I was on one side of her. Kate White was on the other side and we got her under the arms and started helping her back towards the shelter and we turned the corner and were going to go around and hide behind the car…even though I don’t remember hearing any shots, I knew there was shooting. I felt a little pain on my cheek, just some birdshot. And a second later we were back behind the wheel of the car…. I don’t know if it was then, but at some point I said, “I’m hit.” And then I heard the voice of Jim Wrenn say, “I’m hit too,” but I couldn’t see him. At that point I could hear this roar of gunfire.

The shooting stopped. I think maybe I saw Sandi first. She was lying on her back with eyes wide open and a little round hole right between her eyes and a pool of blood under her head. I thought, well, she’s probably dead, but if she’s not, then she’ll be cold so I took off my coat and put it over her. And then I walked away. And it was then that I saw César and he was kind of lying there with his mouth open and his shirt was pulled up and his stomach was kind of riddled with shots. Then I think I turned and saw Bill who was lying on his back by the recreation center and there were several people around him. Tom Clark. And Tom said “can you give him mouth to mouth?” Because he was working on his chest. I’d never given anyone mouth to mouth before, but I did. I put my mouth around his. I remember tasting vomit and trying to blow air into his lungs. And as I did, there was a sound coming back. And I thought oh, well maybe he’s alive. I was over where Paul Bermanzohn was. He had been shot in the head and the arm, but I don’t think I noticed the head wound at that time. He was bleeding profusely from his right arm. He had a big wound there. So I took off my shirt and tied it around his arm as a tourniquet really, to try to stop the bleeding.

Pretty soon after that I ran in to Roz (Pelles) who was pretty frantic who had been looking for me. And she realized that she was in charge, as all the other leaders were gone. That all of the WVO leadership were either dead or incapacitated so she was kind of the ranking leadership there.

Dori Blitz, and Allen D. Blitz were both carrying pistols.[3]

Dori Blitz stood for council in Martinsville, Virginia in 1982.

In September 1982, "a couple whose Communist beliefs prompted the adoption of a Congressional amendment that sought to block them from receiving Federal job training have quietly left here for New York City".

In their five years in Martinsville, Virginia, a conservative textile and furniture town, Allen D. Blitz, and Dori Blitz, who are members of the Communist Workers Party, became known for their outspoken beliefs and protests. They say they plan to continue their outspoken stands.

Wherever we go, we're going to make a statement that needs to be made, Mr. Blitz said. Mrs. Blitz said that in New York she would go to work at an organizing office for the Federation For Progress, a national coalition of activist groups opposed to the Reagan Administration.

When she starts her new job, it will be the family's first steady paycheck in three years. The Blitzes, who hold college degrees and have taught in New York City schools, enrolled in a program under the Comprehensive Employment and Training Act after losing their factory jobs in 1979. Before they could finish the training, Representative Dan Daniel, a Virginia Democrat, steered legislation through Congress that prevented those who advocated the violent overthrow of the Government from taking part in a federally financed job program. The amendment to the jobs act was later ruled unconstitutional by a Federal district judge. Mrs. Blitz finished a masonry program after the judge ruled.

The Blitzes maintained that they lost their jobs two years ago because of activities ranging from union organizing to protests of City Council actions. Their former employers, however, said that he was let go because of insubordination and she for falsifying a job application.

The Blitzes also asserted they had been blacklisted by all area companies. But they said that was not why they were leaving here for New York.

I don't think we're backing down at all, said Mrs. Blitz, who is 36 years old. The main reason we're leaving is because we've got a chance to take up a very politically important struggle.

The Blitzes came to public notice after five fellow members of the Communist Workers Party were shot to death in Novemver 1979 in a street clash with armed Ku Klux Klansmen in Greensboro, N.C.

As late as last June the couple were still charged with felony riot in connection with the incident, but they said in an interview at that time that they doubted they would be brought to trial on those charges. [4]