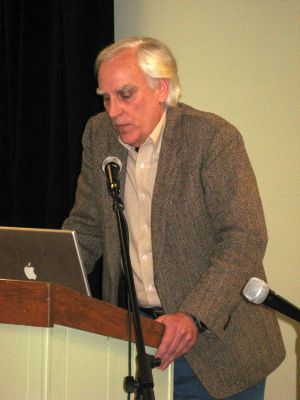 Hugh Foy and David McLanahan of Seattle had "the special privilege" to spend 10 days with Quentin Young as part of a 2005 health care delegation to Cuba in that met with health ministry officials and visited the range of health care facilities from the community family clinics to the largest hospitals. They met with medical students from the US attending the Latin American School of Medicine in Havana where 4000 students from all over the world are receiving free medical education to become physicians who will go back to their home communities to provide care to the underserved. Quentin was irrepressible.

During our time together, Quentin asked us why Seattle, that is supposed to be so progressive, didn’t have a chapter of Physicians for a National Health Program. This became a priority for us and the PNHP Western Washington chapter was established in 2006. Quentin was our PNHPWW Annual Public Meeting speaker in 2007 and 2012.[1]

Physicians for a National Health Program

In 2009 David McLanahan M.D. was listed as a Regional and At-Large Delegate for Physicians for a National Health Program.[2]