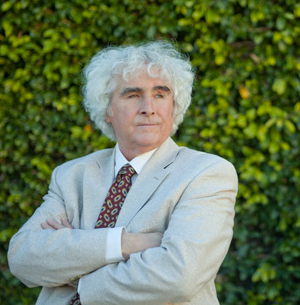 Daniel P. Sheehan is a "social justice" attorney. As of 2009, he was the President of the New Paradigm Institute and Director of the Lakota Peoples' Law Project.[1] He is the 20-year President and Chief Counsel of the Washington, D.C.-based Christic Institute.

"Daniel Sheehan is a Harvard-educated constitutional lawyer and social ethics scholar involved with many significant and high-profile civil rights and social justice cases during the last 20 years. Mr. Sheehan's long and impressive resume includes work on important issues such as women's rights, nuclear industry regulation, Native Peoples rights, education, and government accountability. Mr. Sheehan has a long and distinguished history as chief counsel in milestone cases such as the Nixon Pentagon Papers, The Iran-Contra Affair, Karen Silkwood and the Three Mile Island Nuclear Disaster. He served as the Director of The Strategic Initiative to Identify The New Paradigm project of the Gorbachev Institute's State Of The World Forum."

In 1977, Dan was contacted by leaders of the National Organization for Women (NOW). Their leader was Sara Nelson, NOW’s National Labor Secretary under Eleanor Smeal, who was the leader of a broad coalition of progressive groups seeking to bring attention to the death of Karen Silkwood...

In 1979, after the Karen Silkwood Case Dan and Sara founded...the famed Christic Institute. And Danny and Sara started their family with the birth of Danny-Paul.

Given these experiences, Dan was in a unique position to handle legal issues surrounding the extraterrestrial intelligence debate. In 2001, Dan was invited to serve as General Counsel to The Disclosure Project, which coordinated the sworn testimony—before staff members of the United States Congress—by former U.S. Military Officers, Federal Aviation Administration officials, and NASA employees attesting to their own direct personal knowledge of Government information confirming the UFO phenomenon and the belief on the part of important agencies of our government in the existence of extraterrestrial intelligence. Dan also served as General Counsel to the Institute for Cooperation in Space, a U.S. citizens group dedicated to banning space-based weapons and the development of any weapons intended for offensive use against potential extraterrestrial civilizations.

Dan has, since that time, been invited, on numerous occasions, a speak on The Philosophical and Theological Implications of the Human Discovery of Extra-Terrestrial Intelligence at the International UFO Congress and at The Mutual UFO Network’s Annual Symposium.

The Sanctuary Movement was about Politics, not Migrants 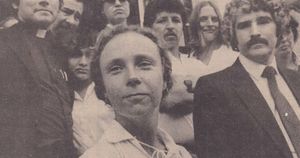 Daniel P. Sheehan represented Stacey Merkt, a long-time activist for illegal immigration from Central America, who was a prominent member of the Sanctuary Movement, described by the Los Angeles Times in 1985 as "a network of 200 U.S. churches that ignore laws and provide refuge to Salvadorans and Guatemalans."[3] He is seen in the video criticizing President Ronald Reagan's policies in Central America.

Stacey Merkt co-founded RAICES with Jack Elder in the mid-eighties.[4]

Daniel Sheehan has served as Chief Counsel in the following trials:

The Three-Mile Island Litigation in Pennsylvania (winning a Federal Court Order stopping the release of radioactive effluents from the damaged Three-Mile Island Nuclear Facility into the Susquehanna River which had been already authorized by the Federal Atomic Energy Commission);

Chief Counsel on The Iran/Contra Civil Case (forcing the appointment of Iran/Contra Special Counsel Lawrence Walsh - but failing to obtain any civil judgment against the Iran/Contra conspirators.