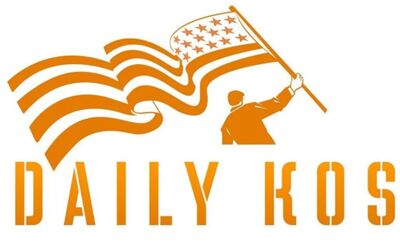 Daily Kos is a leftist blog.

In Michigan, Justice Richard Bernstein and state Rep. Kyra Harris Bolden
In North Carolina, Justice Sam Ervin and Judge Lucy Inman
And in Ohio, Justice Jennifer Brunner, Judge Terri Jamison, and Judge Marilyn Zayas
The stakes couldn't be higher. In 2022, the highest courts in Michigan, North Carolina, and Ohio are up for grabs, and either Democrats or Republicans could come out on top. In fact, in all three courts, just one seat could change which side winds up in control: In Michigan and North Carolina, Democrats are defending slim 4-3 majorities, while in Ohio, we're looking to topple the Republicans' 4-3 majority and flip the court to the Democrats.

In the coming years, these courts are all likely to rule on major issues like abortion, gerrymandering, and environment protections. What's more, come 2024, Republicans will once again try to steal the election if it doesn't go their way. State supreme courts will be crucial bulwarks against allowing that to happen.

One thing we can't stress enough is that the budgets for state supreme court races are much, much smaller than for other statewide contests—typically just $1 million. For small-dollar grassroots donors, that means our donations offer an incredible bang for the buck. Together, we can give these campaigns a massive boost and make sure they have the resources to combat the lies that Republican dark-money groups will inevitably sling at them.

So whether you can donate $10 or $100 to each of these fantastic candidates, please join Julia Louis-Dreyfus and Daily Kos to ensure Democrats win the supreme courts in Michigan, North Carolina, and Ohio!

Daily Kos is listed as a "Partner Organization" of ProsperUS,[3] a coalition of leftist groups formed during the 2020 coronavirus pandemic to demand massive government spending, including Joe Biden's "Build Back Better" spending bill.[4],[5],[6]