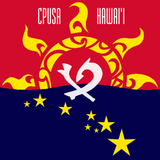 Communist Party of Hawaii was founded in 1937.

Although Marxist newspapers and groups were already present in Hawaii as early as 1922, the CP of Hawaii was founded in 1937 by Marxists and ILWU members. It was disbanded in 1957 and reconstituted in 2019.

Irishman and militant labor organizer Bill Bailey [1910-1995] was the first chairman of the Communist Party of Hawaii. A member of the Communist Party USA in New York, Bailey was sent by the Party to Hawaii Territory to organize dock and agricultural workers. The charter membership of the Party in 1937 was 12 members at 10 cents to join. Among the 12 was a young Jack Wayne Hall, who was working with Harry Bridges in San Francisco, and Jack Kimoto. Reportedly, during that first meeting, Bailey pointed to the red flag hanging on the wall and said "That's my Bible. We've got to go out and visit people and talk and talk and begin to organize the workers."

Targeted by the territory's governor for staging labor strikes on Maui and Kauai, Bailey was advised to flee the island. He left and joined the Abraham Lincoln Brigade against fascist Franco in Spain. 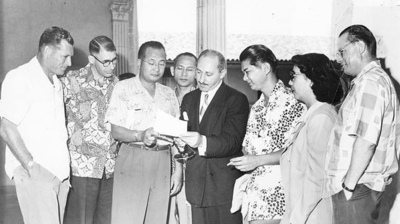 John Reinecke and his wife Aiko Reinecke were school teachers on Oahu who were fired from their positions due to their Party membership.