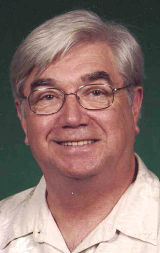 Rev. Clyde Grubbs...presides over the Throop Memorial Unitarian Church in Pasadena. Now back in Massachusetts, Clyde Grubbs, is a Minister at All Souls Braintree. He is a member of the Unitarian Universalist Association Board of Trustees.

In 1961, Clyde Grubbs attended the first assembly of the Unitarian Universalist Association as a member of Liberal Religious Youth.

Fifty years later, as the UUA marked its 50th anniversary, the General Assembly elected the Rev. Clyde Grubbs as a member of its Board of Trustees.

He brings to the position a range of perspectives. Grubbs, a lifelong UU, is a former parish minister who now serves in community ministry. He is also a Cherokee and serves as co-president of DRUUMM (Diverse and Revolutionary UU Multicultural Ministries), a UU organization for people of color.

Grubbs has a particular interest in governance issues. “Governance is the way we create goals together and hold ourselves responsible for those goals,” said Grubbs. “I can contribute to that because I have pretty deep ties with important sections of the UUA—the people of color community, the Unitarian Universalist Ministers Association and a lot of ministers, and I’ve served congregations in several parts of the country.”

He has ministered to congregations in Indiana, Texas, Florida, and California, in addition to Quebec, Canada. Grubbs lives near Boston now, in Revere, Mass., but he believes his experience serving congregations around the country helps him bring to the board a sensitivity for the needs of congregations in very different places.

Grubbs was not actively seeking a seat on the Board of Trustees. Instead, he was helping to recruit board members, asking UUA volunteers if they would consider serving on the board. People repeatedly told him that he should consider taking a seat on the board himself. Grubbs heard the suggestions often enough that he did finally put his own name in for consideration.

Now that he is a community minister, Grubbs finds that he has more time than when he was in parish ministry to commit to the time-consuming work of the UUA board. His community ministry centers on working with congregations interested in immigration and anti-racism issues. He also dedicates time to coaching ministers and seminarians. “I consider it important to use part of my time, both as a UUMA leader and as a minister, to help the young people of color coming up in leadership,” he says.

The number of UU ministers of color has changed radically since he was ordained in the mid-1990s, said Grubbs, who wears his long, white hair pulled back into a thick ponytail. “Then we could all fit in a telephone booth,” he said. “Now we need a room for hundreds of people. It has changed, and it’s a good change.”

Prior to being elected to the board, Grubbs served on the General Assembly 2012 Accountability Group, which is charged with ensuring the participation of historically marginalized groups in the UUA’s 2012 Justice GA in Phoenix, Ariz. (Since joining the board, he stepped down from the committee and a new member of DRUUMM replaced him.) As a Cherokee, he has long thought about immigration issues. “I’ve talked about immigration from the point of view of Native Americans,” he said.

Until he was 10, Grubbs grew up in a Cherokee community in Texas. He notes that there are whole nations on both sides of the U.S. borders with both Canada and Mexico. “There are not many Native Americans in Canada and the U.S. that don’t understand the concept that the borders have been imposed on us,” he said. “Many of the people coming across the border from Mexico are indigenous people to America. They didn’t cross the border. The border crossed them.”

Ministry was a second career for Grubbs, though he had briefly enrolled in seminary in his early 20s after he graduated from San Francisco State University. “I was probably too young for the ministry, but I didn’t know it at the time,” Grubbs said. After a short stint at the Crane Theological School at Tufts University in the 1960s, Grubbs went to work in the antiwar movement, organizing campus protests against the Vietnam War. He recalls having difficulty communicating with adults at the time. “I wasn’t patient with the older generation. They were supporting the war and saying we had to go slow in race relations,” he recalled.

After the war, Grubbs continued his organizing work, in antiracism, the labor movement, Chilean solidarity, and with the Boston Indian movement. He also became a college history teacher, and he joined the Arlington Street Church in Boston, where a series of conversations with the then-new minister, the Rev. Kim Crawford Harvie, put him back on a path to theological school.

“There was a broad contention at Arlington Street and within the social justice movement in the ’70s toward the idea of building beloved community, and that was something I felt I was good at,” said Grubbs. “I may not have stopped any wars, and people are still divided racially, but the individuals involved have better self-esteem and have become empowered through the work.”

Now in his late 60s, Grubbs remarried in 2011. His wife, the Rev. Michelle Walsh, is a community minister in Boston. He feels a sense of surprise that people now seem to consider him an elder. He takes seriously his role in mentoring young people and young ministers. “I have a multi-generational view,” Grubbs said, noting that he prays each morning to his ancestors from previous generations.

To his work with the board, Grubbs carries a strong interest in keeping the board in good relationship with the UUA’s member congregations. He will work on the board’s Governance Working Group and on the Investment and Socially Responsible Investing committees.[1].

In 2013, Clyde Grubbs was listed a a friend on the DuBois Clubs Facebook page.[2]

Clyde Grubbs has been involved in "anti-racism" work for many years[3];

The first anti oppressive collective, I belonged to was a group of men working to overcome patriarchal ways of being. We didn't have a trainer, but there was plenty of literature on patriarchy available, and yes, lots of women had published their observations of ways in which men's behavior was oppressive. We could be open and honest about our lives, and share with each other why we wanted to change.

Later I was part of a group of men who identified as Native Americans. We were from different traditions and none of us shared a common "tribe." We lived in Boston, and we knew that we could not be Indians alone. We also knew that we had work to do as men in relationship to being true to our heritage. Every man in that weekly conversation (that went on for over a year) agreed that male supremacy was not compatible with the way of our ancestors, and that patriarchy had been learned from our conquerors.

Baku KOMMUNIST in Azeri on 8 December 1984 carries on page 2 a 100-word Azerinform report on the visit of an American Communist Party delegation to Baku. The delegation was headed by Clyde Grubbs.

The delegation visited the 50th Anniversary of the Azerbaijan Komsomol machine- building factory, the manuscript collection of the AzSSR Academy of Sciences and the historical architectural complex in the Inner City. "R.A. Mehdiyev, secretary of the AzCP Central Committee, received the delegation[4]

On November 15-16 1991, 30 dissident members of the National Committee of the Communist Party USA convened a meeting to "sign a statement of events" - most or all signatories were soon to break with the party and were later to form Committees of Correspondence.

In 1991, Clyde Grubbs, Massachusetts, was one of several hundred Communist Party USA members to sign the a paper "An initiative to Unite and Renew the Party" - most signatories left the Party after the December 1991 conference to found Committees of Correspondence.[6]

“Our annual conversation will explore ritual practices that build multi-religious, justice-loving beloved communities. Unitarian Universalists have long struggled to transcend both the cultural and class privileges of our forebears and our inherited skepticism about ritual and the body. In this event we will celebrate the new possibilities that open up when we join these two struggles together. A diverse group of panelists will share both specific case studies and general principles drawn from the fields of theology and ritual studies. Our emphasis will be on what is now working well within and beyond Unitarian Universalist communities, as well as on ritual strategies for turning failures into opportunities for growth. Panelists include Dorsey Blake, Clyde Grubbs, Emily Mace, and Robert McCauley. Myriam Renaud will moderate and Nancy Palmer Jones will respond. Sponsored by Starr King School for the Ministry, Meadville Lombard Theological School, Harvard Divinity School, Beacon Press, and UUA Panel on Theological Education.”[7]

Synthesis is a group of committed DSA members with diverse perspectives and ideas who all share the strong conviction that pluralism is DSA’s greatest strength. We are eager to make major changes in the American political landscape, including the elimination of all forms of oppression, imperialism, inequality, and suffering, and we understand that we must reflect those desires in our internal structure and choices as an organization. We value transparent, direct democracy, radical kindness, sincere debate and discussion, and empowering members to create the DSA (and world) that they want to see. We believe that we can achieve socialism in our lifetimes. We’re running for Steering Committee and officer positions; meet us below!