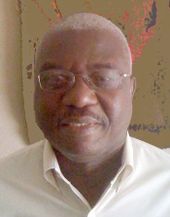 In 2009n Professor Chipasha Luchembe, was an Associate Visiting Research Scholar and Professor of History at the University of California at Los Angeles (UCLA) and Chairman of American International Marketing Services in California. [1]

The conference will be streamed from Chicago to regional meetings in New Haven, Los Angeles, and Orlando. Whether you’re on the East Coast, West Coast, in the MIdwest or the South, you’ll be able to participate.[2] 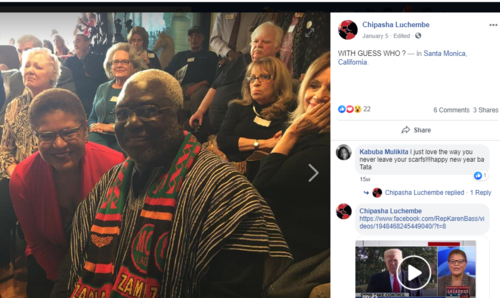 In 1971 Chipasha Luchembe snuck out of Africa through Dar-Es-Salaam to travel to the World Federation of Democratic Youth festival in Berlin where he met Angela Davis.

By 1974 he was studying at UCLA and met Oneil Cannon not long after.

In 1984 Chipasha Luchembe returned to Southern Africa where he was involved in the "liberation struggle".

He returned to the USA and resumed his relationship with Oneil Cannon.[3]

Salt of the Earth Labor College

On October 9 2010 Dr. Chipasha Luchembe, an South African Communist Party member and "community activist, now living in Southern California discussed the situation in South Africa since the fall of apartheid, and the difficulties of building a new society in a country still rife with historical contradictions, widespread poverty, immense wealth for a few, and the long legacy of colonialism and racist oppression", in a forum at the Salt of the Earth Labor College, Tucson Arizona.[4]