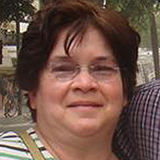 Carol Ramos Widom ... is a retired NYC public school teacher living in Brooklyn. She is active in the struggle for Puerto Rican social justice.

"WE’RE NOT GOING BACK! Annual celebration of African American culture and struggle".

The defeat of Trump’s coup must be celebrated. The forces of reaction tried by legal maneuvering and brute force to steal the US presidency, but were unsuccessful. For the second time since 1980, the extreme right-wing of the monopoly capitalist class has lost its control of the US political landscape. We are at a turning point on the road to freedom. The movement to defend and expand democracy has made powerful steps and must continue pushing forward.

In 2014 Carol Widom campaigned for Ras Baraka for Mayor of Newark. 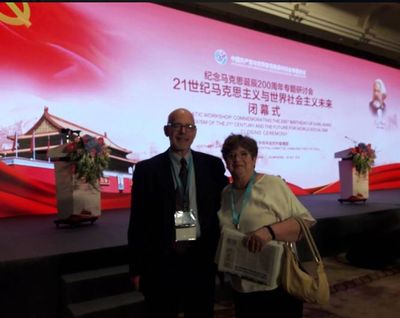 At the invitation of the Communist Party of China, a delegation from the Communist Party USA toured China May 26-June 3 2018, and attended a conference on the 200th anniversary of Karl Marx’s birth. John Bachtell, the party’s chairman, and Carol Widom represented the CPUSA at the conference.[3] 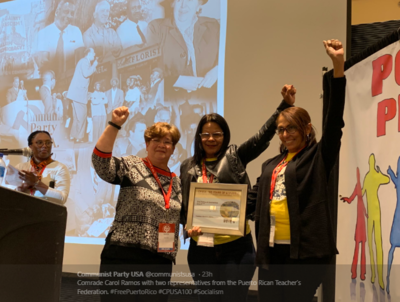