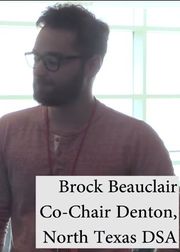 Brock Beauclair is a North Texas activist. He is co-chair of Denton Democratic Socialists of America. 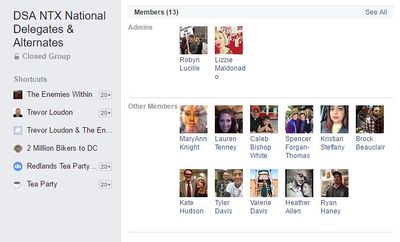 Democratic Socialists of America Fort Worth Closed Facebook Group members, as of May 9, 2018, included Brock Beauclair .[6]