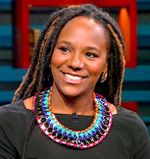 Bree Newsome, Ignite NC western field organizer, The Tribe CLT organizer, and People’s Power Assembly organizer. She is also an organizer and leader in the Charlotte community, organizing primarily around the issue of police brutality. After the murder of Johnathan Ferrell she led the effort to demand justice in his case. She is a co-founder of Stay Up NC, a singer/songwriter and filmmaker. Bree’s films have been shown to national audiences and is known throughout the Charlotte community. A staunch advocate for civil rights and social reform, Newsome was arrested last year during a sit-in at the North Carolina State Capitol where she spoke out against the state’s recent attack on voting rights. [1] 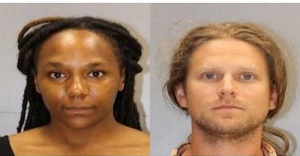 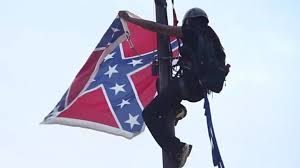 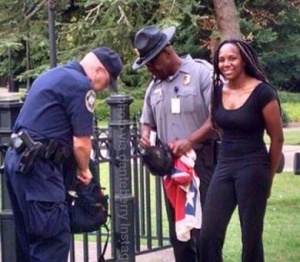 On June 27, 2015, Bree Newsome, a 30-year-old African-American woman, was arrested at the South Carolina state Capitol after scaling the 30-foot flagpole and unhooking the Confederate flag. As police officers shouted at her to come down, Bree Newsome shimmied to the top, took the flag in her hand and said, "You come against me with hatred and oppression and violence. I come against you in the name of God. This flag comes down today!" Newsome recited Psalm 27 and the Lord’s Prayer as she brought the flag down. As soon as she reached the ground, she was arrested, along with James Tyson, who had stood at the bottom of the pole to spot her as she climbed. The action went viral and was seen around the world. Democracy Now! was at the jail where Newsome was taken, where we spoke with her supporters. The flag was replaced about an hour after Newsome took it down.[2]

Newsome and Tyson were arrested on June 27, but then released before sundown when the #FreeBree online campaign was able to raise $60,000 in bail money.

Newsome, 30, is an artist with a long legacy of activism. Her father, Clarence G. Newsome, is a former dean at Howard University, trustee of Duke University and now president of the National Underground Railroad Freedom Center. The New York University grad scaled the flagpole in the wee hours of the morning and removed the flag, which has been the source of much pain and intense debate after the massacre at Emanuel AME church.[3] 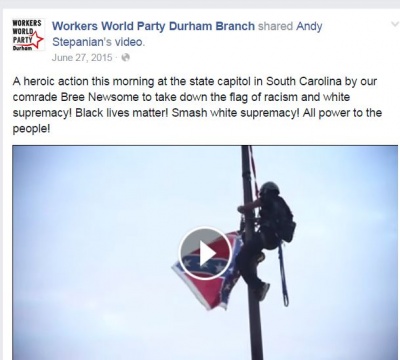 Bree Newsome was described as "our comrade" by the Workers World Party Durham branch, June 27, 2015. 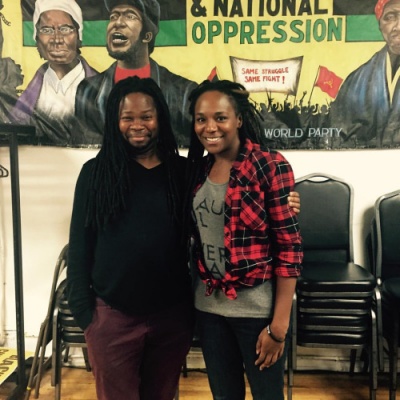 The Accountability Council is designed to engage leaders of color who offer feedback and counsel on SURJ's strategy, organizing and political direction.

Showing Up for Racial Justice Accountability Council as of 2015;[5] 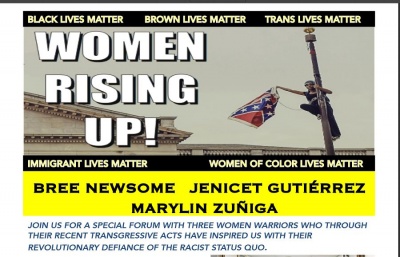 On July 4th, 2015 Bree Newsome scaled the flagpole on the South Carolina State House grounds and removed the racist symbol of slavery, the Confederate Flag. With the assistance of Black and white comrades, Bree carried out an act of heroic defiance that resonated to all of us in struggle. Bree and James Tyson, who assisted her from the ground, were arrested. Newsome is facing at least three years in jail, if convicted. Activists are demanding that ALL charges be dropped against her. There are no words for Bree's courage in challenging racism in the South.

On June 24th, 2015 Jennicet Gutierrez, a Mexican undocumented transwoman active in the immigration and LGBTQ movements, boldly took center stage at a White House event when she courageously called President Barack Obama out on his policies on migrant detentions. As Obama began to deliver his speech at the LGBTQ Pride Event hosted by the White House, Gutiérrez interrupted him by declaring: "President Obama, release all LGBTQ immigrants from detention...I am tired of the violence we're facing."

Marylin Zuniga is a first-year teacher in the Orange Township NJ public schools. In the Sping of 2015, Marylin was suspended from her teaching position at Forest Street Elementary School because she allowed her 3rd grade students to send get-well cards to Mumia Abu-Jamal, the beloved Pennsylvania political prisoner. This unjust suspension has been fought by her and her countless supporters. She has been called a “model teacher,” everyone has stated that her students were flourishing and she was valued by parents.

Join us for a special forum with these three women warriors who through their recent transgressive acts have inspired us with their revolutionary defiance of the racist status quo. The forum will address the Black Lives Matter Movement and other movements for racial and sexual justice as well as the important leadership and activist roles that women continue to play at the forefront of these movements.[6]

September 2, 2017. Hey family! Here is the final recording from the Black August webinars! Sendolo Diaminah took lots of patience and creativity breaking down Black Ideological Struggle for us.[7]

Southern Coalition for Social Justice Board of Directors, as of September 2018:[8]