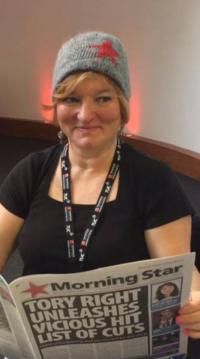 Bernadette Keaveney is a veteran member of the Communist Party of Britain. Mother of Johnny Keaveney. 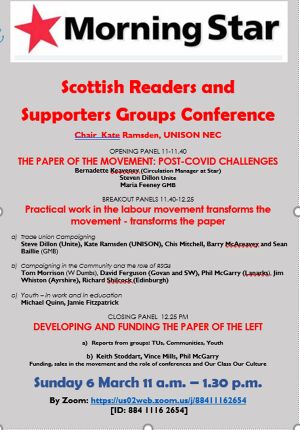 Chaired by Carolyn Jones from the Morning Star management committee.

This is such a good picture from 2016 and Ken managed to name everyone "At the Morning Star stall at Tolpuddle. 17.7.16. L-R: Cathy Pound, Ken Keable, Gloria Findlay, Rene Gonzalez, Jane Yates, Gerardo Hernandez, Bernadette Keaveney."

Bernadette Keaveney June 2 2018· London, United Kingdom · All ready for the Morning Star distribution at Peoples assembly conference with thanks to Unite the Union. — with Moz Greenshields and Bill Greenshields, Tam Kirby, Marios Doucas. 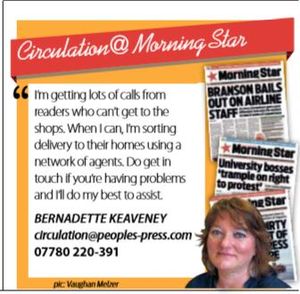 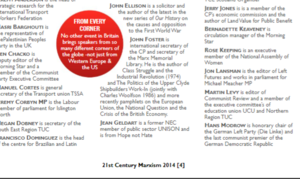 In 2014 Bernadette Keaveney was Circulation Manager for the the Communist Party of Britain's Morning Star.

Morning Star readers and supporters from across the North of England met in Leeds June 2012 to attend the annual general meeting of the People Printing Press Society, the body which owns the world's only English language, socialist newspaper.

Shareholders heard reports from Management Committee member Bob Oram, who chaired the meeting, Secretary Tony Briscoe and newly appointed editor Richard Bagley on how the paper had performed over the year. This centered around two themes; the continuation of the 82 year struggle to keep the paper afloat highlighted by the emergency call for donations in November to bridge the gap left by shortfalls in the Fighting Fund; and by the new, and exciting developments around distribution which were reported on by circulation manager Bernadette Keaveney.[4]