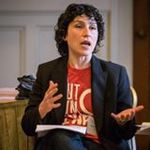 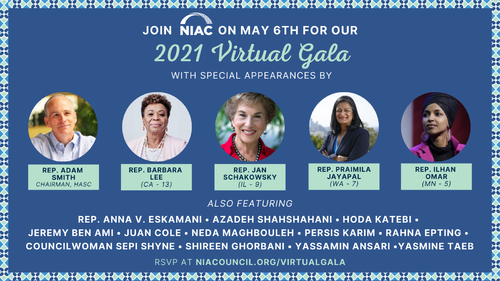 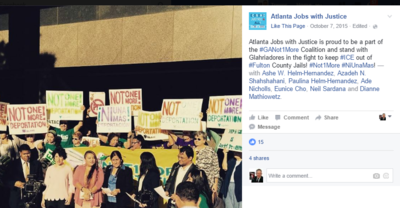 Atlanta Jobs with Justice is proud to be a part of the #GANot1More Coalition and stand with Glahriadores in the fight to keep #ICE out of #Fulton County Jails! #Not1More #NiUnaMas! — with Ashe Helm-Hernandez, Azadeh Shahshahani, Paulina Helm-Hernandez, Ade Nicholls, Eunice Cho, Neil Sardana and Dianne Mathiowetz.

"Immigration to the South" 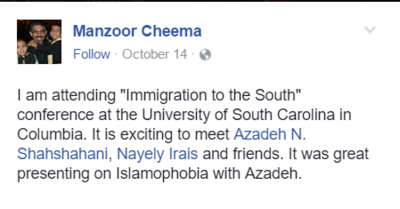 Manzoor Cheema attended the "Immigration to the South" conference at the University of South Carolina in Columbia, October 2016.

It is exciting to meet Azadeh N. Shahshahani, Nayely Irais and friends. It was great presenting on Islamophobia with Azadeh.

Presentations from Facing Race 2016:The War on Terror, 15 Years Later;

Muslim, Arab, Sikh and South Asian communities continue to face the consequences of the policies and actions taken after the attacks of September 11, 2001. In 2016, the year we marked the 15 year anniversary of 9/11, reports of hate violence, workplace discrimination and school bullying spiked around the nation. Surveillance and counterterrorism policies are placing communities in danger and setting the tone for a national climate of suspicion and fear. How are communities responding? Where do we go from here? How must broader racial justice movements include and incorporate issues confronting our communities? Our panelists - Kalia Abiade (Center for New Community), Azadeh Shahshahani (Project South), Arjun Sethi (The Sikh Coalition), and Deepa Iyer (The Center for Social Inclusion) - provide analyses and best practices.

According to Barbara Joye, January 30, 2017 started with a demonstration of solidarity with the Standing Rock Sioux protest against the Dakota Access pipeline (DAPL) that threatens a major water source and sacred sites. A crowd of about 500, including Metro Atlanta Democratic Socialists of America members Dani Atlanta, Barbara Joye, Daniel Hanley and Reid Jenkins, marched from a rally at Piedmont Park to another at the North Ave. MARTA station. Sierra Club lobbyist Neill Herring reminded us that the Sabal Trail pipeline under construction through our state will take gas from fracking in Alabama to Florida so utilities can compete with solar energy.

Later, several thousand Atlantans massed and chanted for two hours in front of the south terminal at Hartsfield-Jackson Airport, protesting Trump's executive order excluding all refugees and banning citizens of seven Muslim countries from entering the U.S. Many MADSA members took part, dispersed among the crowd.

Congressmen John Lewis and Hank Johnson, State Sens. Vincent Fort and Nan Orrock, State Rep. Stacey Abrams, and Mayor Kasim Reed joined us - though Reed's statement that Atlanta is a "welcoming city" sparked cries from the crowd for a sanctuary city, as advocated by speaker Azadeh Shahshahani, spokesperson for GA-J20, the coalition which presented that demand to Reed's office on Jan. 20 (MADSA is a coalition member).[4]