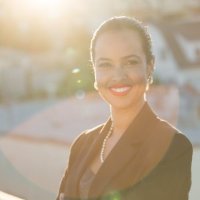 Colombian born and honorary New Yorker moved to Los Angeles five years ago to pursue a career in advocacy, policy, and social change. Earning a degree in Political Science in NYC, I worked as a Political Advisor at Congressman Eliot Engel’s office. My public policy experience led me to work at United Way of NYC where I lobbied for education programs and managed the Dropout Prevention Program. I continued working as an advocate for State and Federal immigrant rights legislation where I helped passed policies in public safety, car impoundments, and State budget equity for education. I brought my policy expertise leading the Sierra Club’s “Beyond Coal” campaign eager to enact change and get LA to eliminate their dependency on fossil fuels.

Since 2013, I have been part of organizing the “Forward on Climate” a rally, which drew thousands of supporters all determined to get the message out about issues like the Keystone pipeline, fracking, coal, and dependency on fossil fuels. Ed Begley, Jr. served as master of ceremonies and introduced my impassioned speech in front of an enthusiastic crowd including Congressman Henry Waxman, Councilmember Jose Huizar, Mario Van Peebles and Orlando Bloom. I talked about the importance of doing our part to protect our environment and working with leaders to put an end to these devastating practices.

In March of 2013, I lead the campaign that made LA coal free with Mayor Antonio Villaraigosa, Vice-President Al Gore, Sierra Club executive director Mike Brune, & philanthropist and businessman Tom Stayer. Her efforts will make LA one of the largest city to go coal free in the nation and put Los Angeles on the international map as one of five cities fighting climate change around the world.

I'm currently serving on the Executive Board of the Wilshire Center Koreatown Neighborhood Council, the Los Angeles League of Conservation Voters, and recently graduated from Leadership, Organizing, and Action at the Harvard Kennedy School.[1]

HOLY CRAP. Kevin de Leon will be stopping by my little ol' happy hour fundraiser tomorrow. For $25 you get to meet our next senator and have a drink. Plus, it's Friday happy hour so that should be enough of a reason to come out ;) (thank you to my lovely co-hosts Aura Vasquez, Samuel Sukaton, Byron Gudiel) Buy tickets here: https://secure.actblue.com/donate/laclimatehawks2018 — feeling excited.