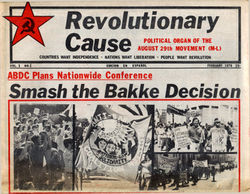 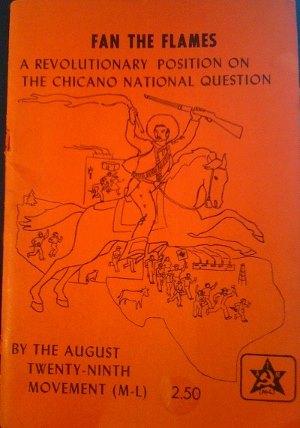 The ATM published a pamphlet, “Fan The Flames: A Revolutionary Position on the Chicano National Question,” in 1975. The document argued that Chicanos living in the Southwestern United States were an oppressed nation, rather than an oppressed national minority, as was argued by most other New Communist Movement organizations.

The August Twenty-Ninth Movement published a newspaper, Revolutionary Cause, and a theoretical journal, The Red Banner.

In 1978, ATM merged with I Wor Kuen to form the League of Revolutionary Struggle.