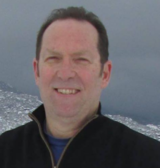 He is the brother of Nora Cody, Celia Cody and Martha Cody, and son of Pat Cody and Fred Cody.