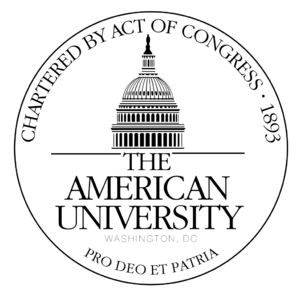 American University (AU) is a university based in Washington, D.C.

The President of American University is Sylvia Burwell.

Taylor Dumpson is a senior at American University served as Student Government President from April 30 2017 to January 2018. During a prestigious TedX talk[3], Taylor Dumpson revealed that shortly after she was sworn in to office, she was the "victim of a racially motivated hate crime."

"An individual hung bananas from nooses in various places around campus," Dumpson explained, "emblazoned with phrases and referenced the sorority of which I am a member and the gorilla that was killed in a zoo." The "hate crime" of which Dumpson resulted in chaos on campus. The local NBC affiliate reported[4] that "the school would allow extensions on final exams for students affected by the racist displays." Additionally, students were informed that AU was "working on a longterm plan that includes an anti-racism center." 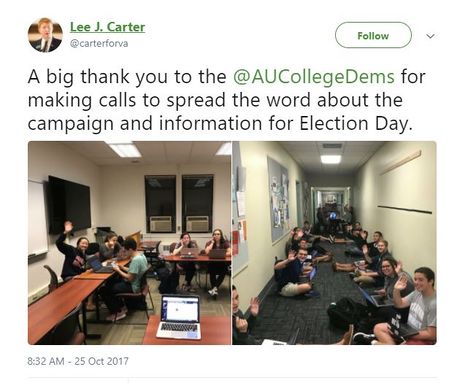 On October 25 2017, "former U.S. Marine and self-described socialist" and member of Democratic Socialists of America[5] Lee J. Carter gave The American University College Democrats a shout out on Twitter: "A big thank you to the @AUCollegeDems for making calls to spread the word about the campaign and information for Election Day."[6]

In 2017, the local chapter of the Democratic Socialists of America made Lee J. Carter's candidacy for Virginia's 50th House District a "priority."