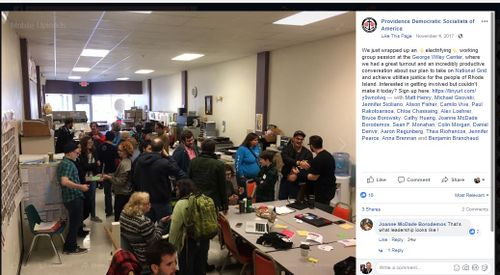 We just wrapped up an ⚡️electrifying⚡️ working group session at the George Wiley Center, where we had a great turnout and an incredibly productive conversation about our plan to take on National Grid and achieve utilities justice for the people of Rhode Island. Interested in getting involved but couldn't make it today? Sign up here: