From KeyWiki
(Redirected from Albany Democratic Socialists of America)
Jump to: navigation, search 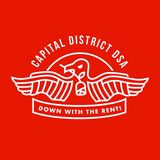 Aria Winter Johnson was in 2020 co-chair of Albany Democratic Socialists of America.

Last weekend, this crew canvassed the North Central and South Lansingburgh neighborhood in Troy, talking to residents about the Campaign for New York Health - it was a great time and we learned about our neighbors' experiences with the health care system. Single payer now - in NY and nationwide! — with Jamie Munro, Lizzy Price, Sean Patrick, Michael Koes, Eugene Umlor and Sofia Jacobs.

"I was at the Occupy Albany gathering tonight, where about 150–200 people were doing their stuff in a local park—right across the street from the state capitol and city hall. I was quickly tapped for future teach-ins.

Yes, the police reportedly resisted pressure from the mayor and the governor (Andrew Cuomo –a real corporate prick) to clear the park and make arrests. Part of the reason is that the local district attorney (David Soares) is quite liberal, and, assailing the draconic Rockefeller drug laws, he rallied local lefties in 2004 to win an upset victory over the establishment mayor's hand-picked candidate. Soares has met with the demonstrators and has publicly said there's no reason whatsoever to hassle them. The Capital District CLU is ecstatic."

I'm a paralegal in Albany, NY, and have signed up on the Legal Team for the local camp. Not much is happening yet in that regard, mainly because the AG here is declining to prosecute any OWS arrestees. Other than that, I've been dropping in on the park and contributing what I can.

Closed Facebook group for members of the DSA Albany.[4] 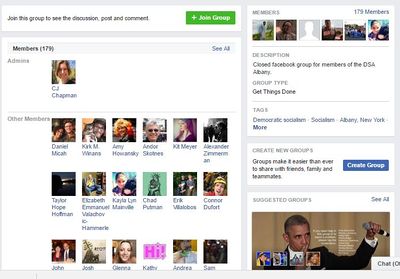 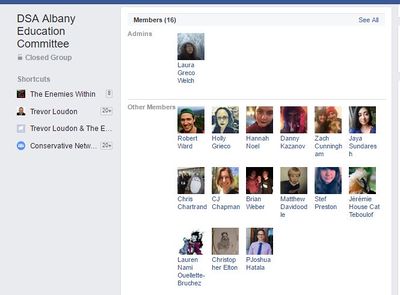 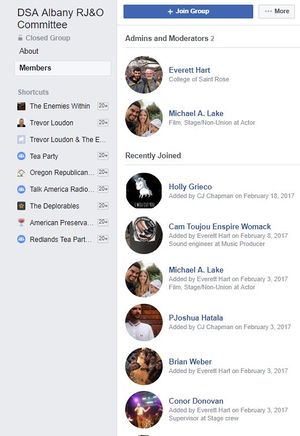